The following information is from the completed 2020 event. Please check back in the spring for details on next year.

Our staff will be working remotely for the next few weeks to promote the health and safety of our community. Please visit the Contact Us page or email Info@StrategicHRus.com to get in touch.

All times listed on the schedule are Eastern Standard Time. 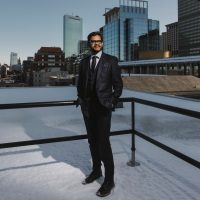 Dr. Mahesh Daas, DPACSA, ACSA Distinguished Professor, is the eighth president of the Boston Architectural College. President Daas is a designer, technologist, and an experienced academic leader. His career spans 23 years at four universities including 14 years in higher education leadership roles. Prior to becoming president of the BAC, Daas served as dean of the School of Architecture and Design at the University of Kansas, Lawrence.

President Daas is also an author and has been featured in scholarly journals, federal publications, and academic books. He most recently co-edited the book Towards a Robotic Architecture (Oro Editions 2018), which has been chosen as Top Tech Book of 2018 by Architect’s Newspaper. President Daas is also the author of Leading with Aesthetics: The Transformational Leadership of President Charles M. Vest at M.I.T. (Lexington Books, 2015 & 2019).

Throughout his career, President Daas has received several awards. In 2011 he was the youngest educator and second person of Asian origin to be elevated as an Association of Collegiate Schools of Architecture Distinguished Professor, the highest national recognition for an architectural educator. He was recognized for contributions to design computing with the 2013 Association for Computer Aided Design in Architecture (ACADIA) Society Award of Excellence. ACADIA elected him twice as its president and he served on the editorial board of the International Journal of Architectural Computing and currently serves on the editorial board of Construction Robotics Journal.

Sessions: FORUM | Going Back to Campus?